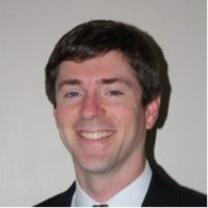 Born on 1 July 1952 in Pennsylvania as the son of a US Marine veteran and US Navy Chaplain, Lieutenant General Hummer retired from the US Marine Corps on 1 Aug 2015 after 41 years of active service.  After enlisting in the Marine Corps in 1970, service as a Crypto-Tech, and an honorable discharge as a sergeant in 1973, Lieutenant General Hummer was commissioned following graduation from Albright College, PA, in 1977 with a Bachelor of Science degree in Psycho-Biology.

Lieutenant General Hummer is a graduate of The Basic School, Officers Infantry Course, Amphibious Warfare School, Command and Staff College, and School of Advanced Warfighting within the Marine Corps University; and earned a master’s degree in International Security Studies from the Air War College.

Lieutenant General Hummer and his wife, Sheri, have a son, David, daughter-in-law, Stephanie, and grandson, Jaxson. 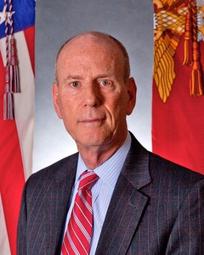 Dr. Burcham has over 11 years in research and development supporting NASA and the US military. He led both functional and project teams in the development of innovative solutions on projects in excess of $5 million. Examples include algorithms demonstrating successful autonomous spacecraft docking and an on-the-go facial recognition product.

He also maintains a Project Management Professional certificate through the Project Management Institute. His projects range from target tracking from missiles, UAVs, and spacecraft to biometrics for the military. He has invented several image processing algorithms and products over his career. Dr. Burcham has several patents pending in biometrics and image processing, as well as numerous inventions maintained as trade secrets.

Dr. Burcham holds a Bachelor of Arts in the German language and several degrees in Physics, including a Doctorate in Physics from Clemson University.

CIC Technologies (CIC) is a full-service technology company which the capability and expertise that meet or exceed industry standards. We offer a highly skilled and reliable source of engineering, and proven technical solutions.  Our goal is to assist our clients to realize their vision, both in the private and public sectors.  CIC has the expertise and dedication to bring cutting edge solution based technology to life, providing our clients the opportunity to maximize their integration.

CIC has expanded business operations in the areas of biometrics authentication solutions and products that provide security enhancement.  Biometrics consists of methods for uniquely recognizing humans based upon one or more intrinsic physical or behavioral traits, such as face, fingerprint, or iris.  Identity theft, the need for increased security, and increasing abuse of access systems are some reasons why this field is seeing a 19% per year growth. 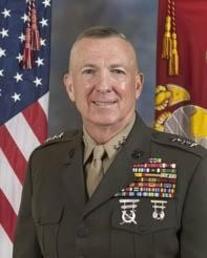 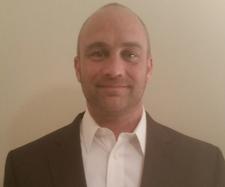 Sean Ryan is the CEO of CIC Technologies (CIC), responsible for daily operations, sales, project management, and development of new products.  In addition, Sean oversees investor relations and business development activities for the Company.  CIC is responsible for the development of a long range facial recognition system Eye on the Go, and Virtual Door which combines an access card with biometric capabilities.

Prior to founding CIC, Sean was the principal of S.R. Networking, a network cabling company responsible for the tele/data and fiber optic lines for projects with Chevron, ABB, Morris County Court system, and Sussex County Courty System.  He also worked in project management for Verizon Wireless, leading the Blown Fiber Back Bone installation for the Verizon headquarters which spanned over 1.2 million square feet of work space and managing the installation of the Verizon Data Center in Orangeburg, NY.

Over the last 6 years, Sean has developed relationships with the US Marine Corps, the Office of the Secretary of Defense as well as other government agencies. He has also served as the lead point of contact for merging German and US technologies for security purposes for the Department of Defense.

Mr. Geoffroy served the Marine Corps for 44 years, over 20 years as an infantry officer in command and staff positions to include Platoon Commander, Company Commander, Aircraft Group Logistics Officer and Assistant Operations Officer, Battalion Executive Officer and Regiment Operations Officer.  As a Senior Executive, Mr. Geoffroy was awarded the Meritorious Executive Presidential Rank Award and the Department of the Navy Distinguished Civilian Service Award.   Mr. Geoffroy’s education includes a BA in Political Science; a MS in Education; and a MS in National Security Strategy from the National War College.

Mr. Geoffroy retired from federal service in October 2014.  He serves on the Board of Directors of Homeland Security Solutions Incorporated and on the Board of Advisors for RedGuard/Cover Six, LLC.  He resides in Wichita, KS.